Antafiabe School – Mission Accomplished! And this is just the beginning…

Just about a year ago, the first funds for building the new school in Antafiabe were made available for the community to begin construction in collaboration with the AEECL. And now, one year later, during the Lemur Festival which took place in the village between 23rd – 25th September 2019, the official opening of the school was celebrated. 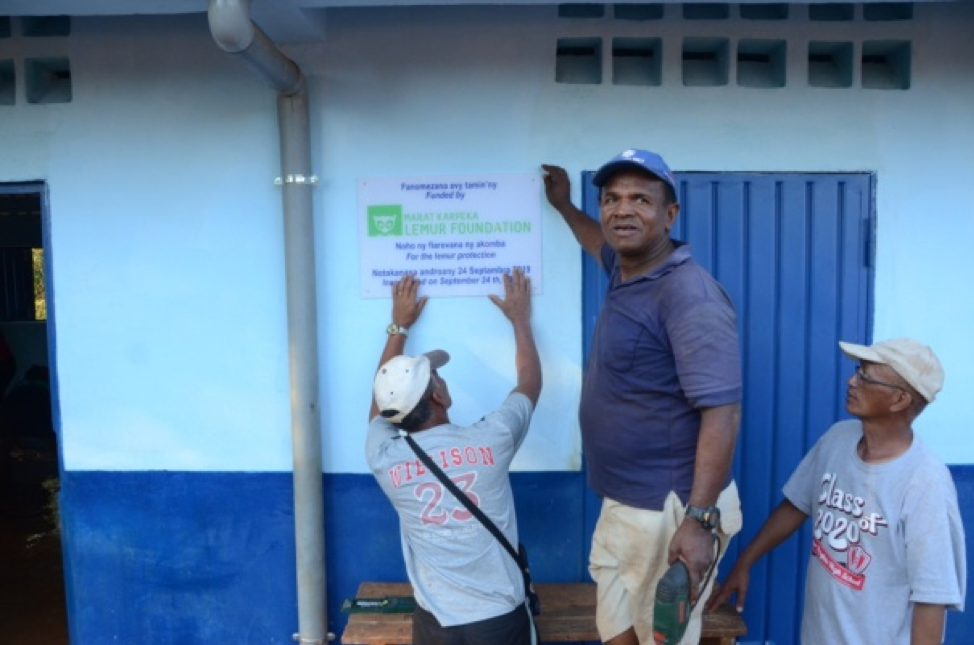 The colourful Lemur Festival was attended by almost a thousand people over the three days. Officials from the surrounding villages, as well as the Head of the District of Analalava, the Regional Directorate of the Environment & Sustainable Development, the Regional Director of Tourism, the Mayors of Ambolobozo, the Director and staff of the Sahamalaza National Park, and the AEECL Programme Director in Madagascar were present to show their support for the conservation of the endemic lemur species which are so important to the survival of the island’s ecosystem but sadly are so close to extinction. 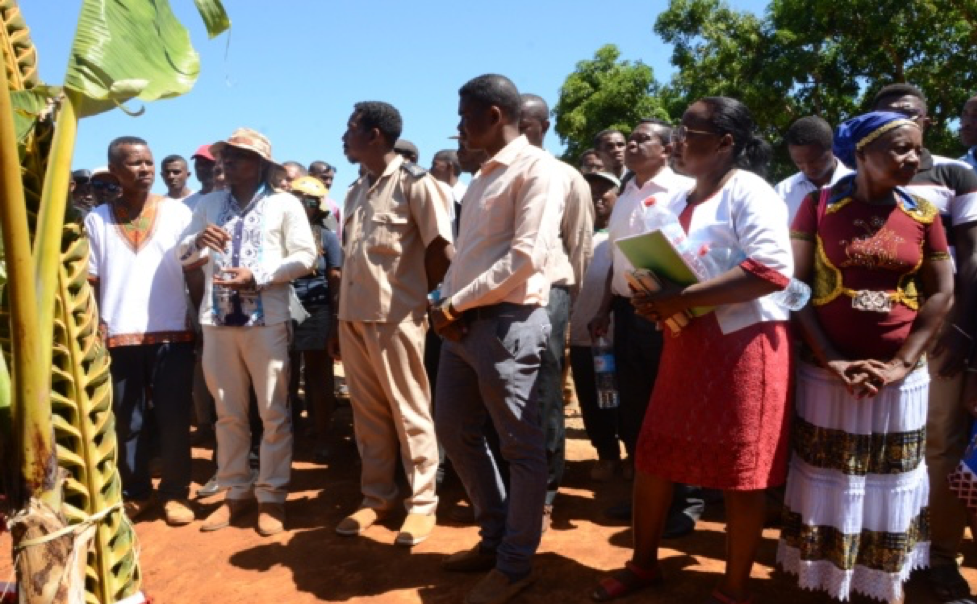 A number of activities took place during the festival: speeches were made by the authorities; meals were prepared and served to 500 children; the villagers who live on the borders of the Sahamalaza National Park, where observation and conservation of the black blue-eyed lemurs is taking place, entertained with their traditional songs and dances; a friendly football match was organised between the villages’ youth; students from Antananarivo University who were in the area carrying out field studies organised an environmental knowledge quiz, and also held environmental awareness sessions for the locals who attended the festival; and most importantly the inauguration of the new school building took place. 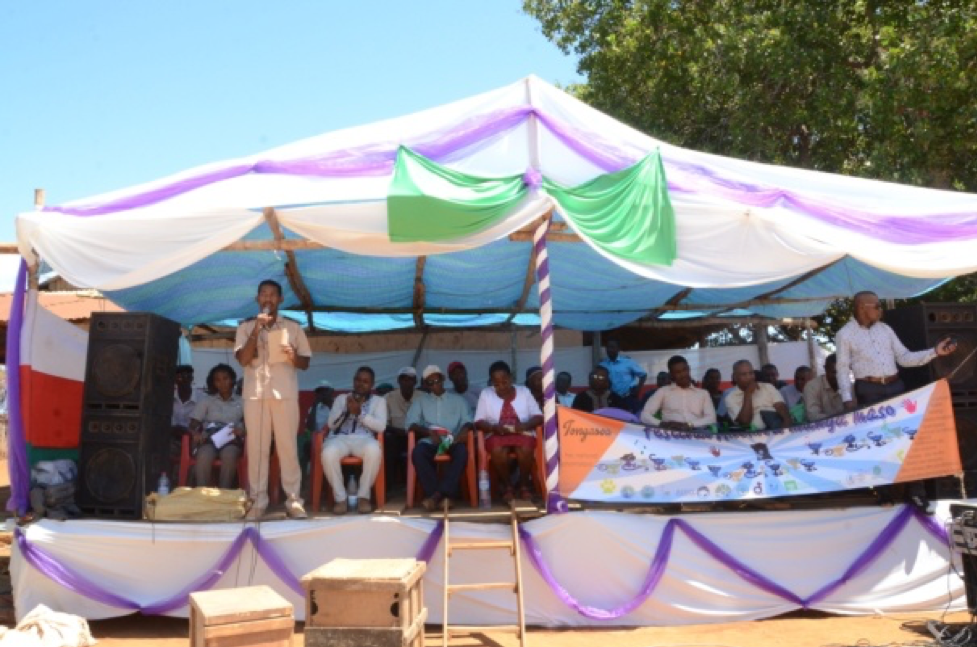 The Programme Director in Madagascar of the AEECL, Mr Guy Randriatahina, talked about the Marat Karpeka Lemur Foundation as the founder of the new school and the reasons why they had chosen to support the project, pointing out that by investing in the education of the local children, they will have the opportunity to learn in an appropriate environment which will help them to better understand their role as guardians of their land. 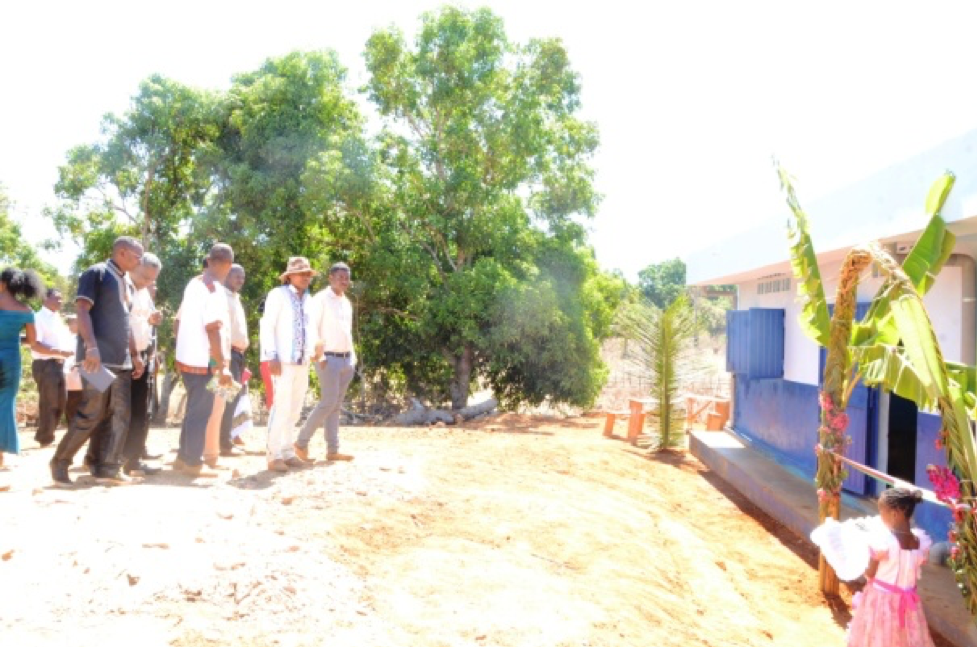 We are very proud of the achievement and like to believe that the school will have a huge social and environmental impact on the community. By providing suitable, steady conditions for the children to learn in, they and future generations will come to understand that, as human beings, they play a key role in the sustenance of the island’s ecosystem, the survival of all its endangered species and the island as a whole. 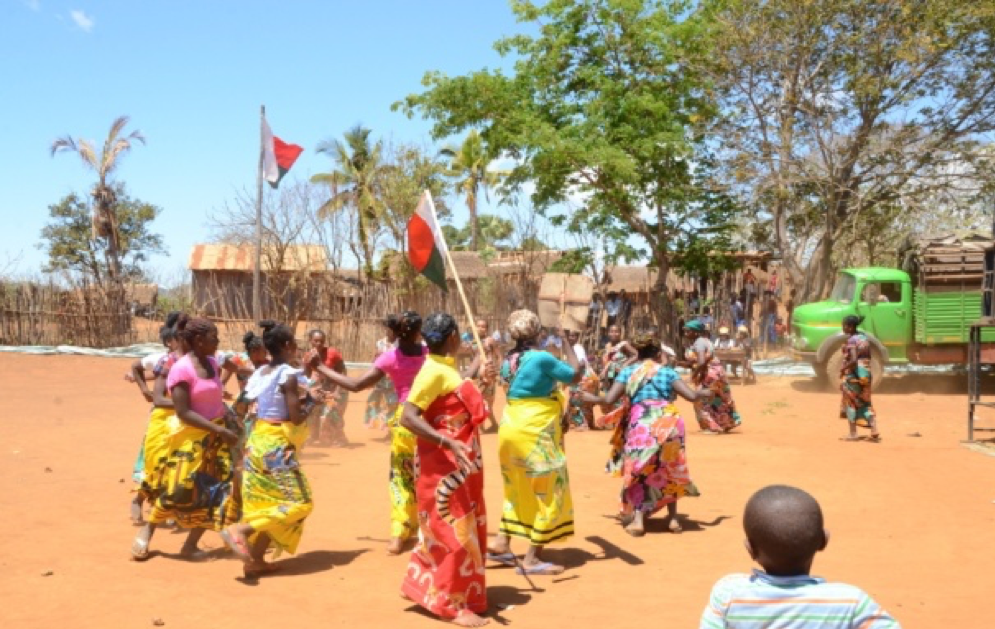 If you would like to support our mission for lemur conservation in Madagascar please contribute to our fund. Help us to build one more school DONATE HERE